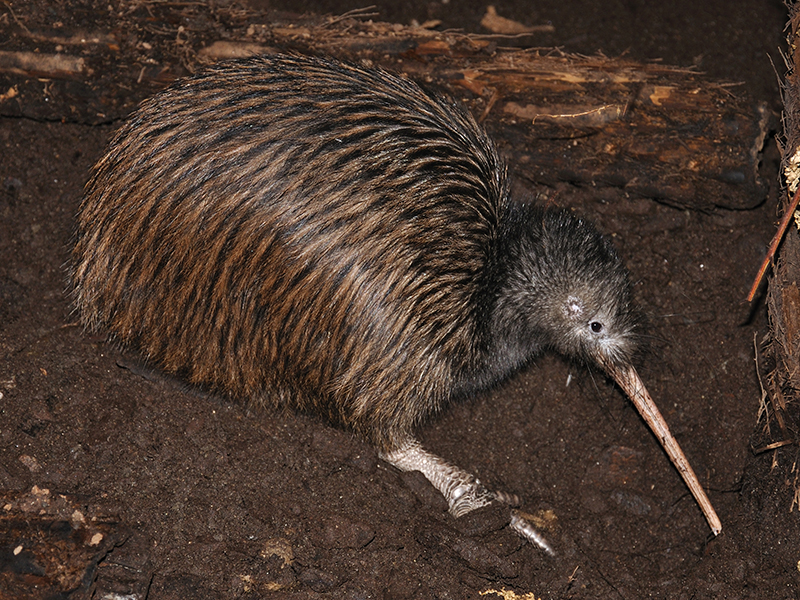 The Kiwi is New Zealand’s national icon and part of our world-wide image.

New Zealanders have been ‘Kiwis” since the days of the First World-War.

It is a nickname bestowed by fellow Australian soldiers using their boot polish that had the image of a Kiwi on the tin – placed there in honour of the makers wife’s homeland and it stuck.

Kiwi are a natural fit with New Zealander’s national psyche – we relate to their quirkiness.

Kiwi evolved over millions of years of isolation from mammals.

Our centre is one of the top places to see Kiwi, and a must-do family-friendly activity in Hokitika.

The Kiwi is flightless, largely nocturnal and more like mammals than a bird.

The feathers are hair-like, they have whiskers like a cat and heavy marrow-filled bones with strong muscular legs.

At the tip of their very long beak are the external nostrils which Kiwi use to find food in the ground.

Why can we only see the Kiwi in the dark?

The Kiwi is a predominantly nocturnal bird, coming out to feed at night.  Their limited eyesight is very sensitive to light.

What does the Kiwi eat?

The Kiwi uses its extraordinary bill to probe deeply into the ground for food.

There is a sensory organ at the tip of the bill that detects the vibrations of worms and other forest floor invertebrates.

They will also feed on spiders, slugs, snails, woodlice, centipedes, weta and crickets. Kiwi omnivorous and will eat fruit and the seed of Native forest plants.

They have been known to fish for Crawly as well. 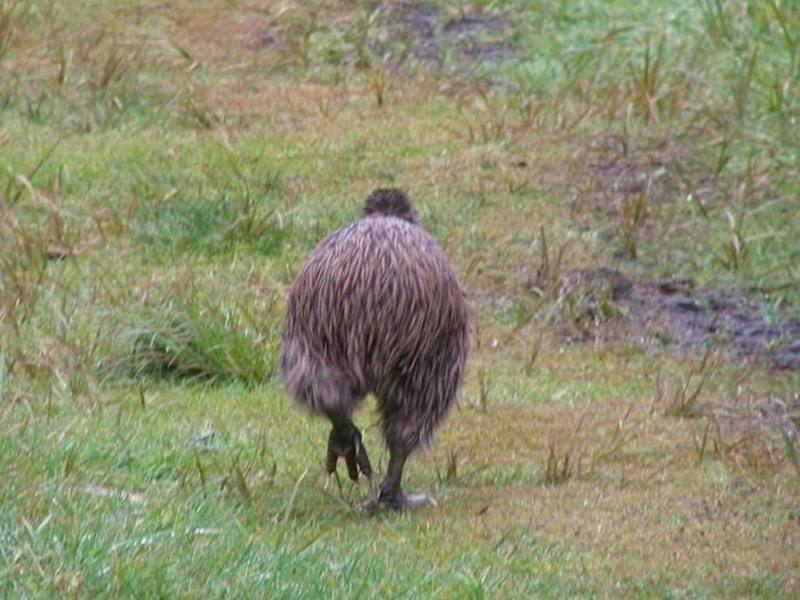 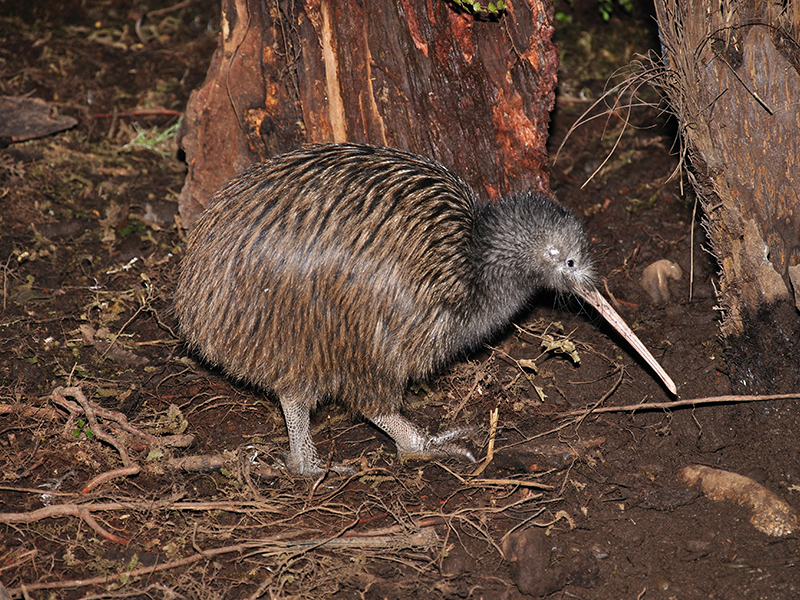 The West Coast is the home of the most critically endangered kiwi in New Zealand.

The Rowi is found in the Okarito Forest in South Westland.

We also have the Haast Tokoeka found in the sub-alpine grasslands near Haast and the Great Spotted Kiwi found from Arthurs Pass to the Paparoa ranges and the North Western top of the South Island.

The Haast Tokoeka is distinguished by its brown/grey plumage with a reddish tinge.

The Rowi are distinguished by their greyish and often have white patches on their face; they are also very soft to touch.  The Rowi can live up 100 years of age, which is twice as long as the North Island Brown.

The numbers of these Kiwi have dwindled to approximately 350 of each species.  This has been due to the devastation caused by stoats, rats, possum, dogs, feral cats and motor vehicles.

The main predator is the stoat; they will go into the burrows of kiwi and eat the egg or kill kiwi chicks.

The National Charity Kiwis for Kiwis, in partnership with the Department of a programme called Operation Nest Egg.

This programme enables the kiwi sanctuaries in Okarito and Haast to be carefully monitored and the kiwi eggs to be taken to incubation sites where they are hatched and then the chicks are sent to predator-free islands to grow.

When the chicks are big enough they are transported to a safe island: Rowi to Island in the Queen Charlotte Sound and the Haast go to Centre and Bute Islands in Lake Te Anau and Rona Island in Lake Manapouri.

Here they spend 12 months reaching a stoat-proof size, before returning to their home on the West Coast.

Is found on several offshore islands

Widely dispersed across the North Island

From the lower regions of the South Island around Fiordland, Haast and Rakiura (Stewart Island)